A borough council’s new waste collection service designed to increase recycling in the area has been met with criticism from local residents.

Barnet Borough Council’s plans for the new waste collection are due to come into effect on October 14, but have been widely criticised so far.

A spokeswoman from the Council met with residents to discuss the plans at Chipping Barnet’s Residents’ Forum, where she explained the reasons behind the planned changes. 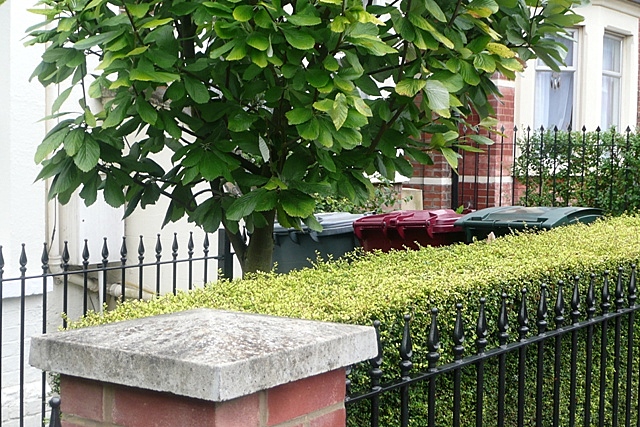 Will Barnet’s homes be able to recreate this uncluttered look?

The changes to the waste collection service will see local residents given two new bins to encourage more recycling and proper disposal of kitchen waste.

A 2401 blue bin for all recycling will be given to residents, along with a smaller bin for disposing of kitchen waste. This will be on top of the existing 2401 green waste bin and 2401 general waste bin.

Lynn Bishop, director of Streetscene in Barnet, told the Residents’ Forum that the council had worked closely with local residents to come up with a new and improved waste disposal service.

“Residents of Barnet told us that our current collection regime was complicated so we wanted to make it easier for you to recycle,” she said.

“If we can move your waste from your black bin to the recycling bin it reduces costs because there is less we have to take to landfill. At the moment about 70 per cent of the waste in your black bin can be recycled.”

Ms Bishop highlighted figures which showed that more recycling needs to be done in the borough of Barnet, to save the council as much money as possible.

Speaking to the forum in Barnet House, in Whetstone, she told locals that if recycling in the borough was increased from 33 per cent to 43 per cent, the council could save as much as £4 million every year.

Yet residents who attended the forum meeting said that they already recycle as much as possible and don’t need a bigger recycling bin.

Not only that, but the new bins brings the total to four bins per household, which many residents have said is simply too many.

“There’s no way I’m accepting these bins. I just haven’t got the space,” one local female resident told Ms Bishop at the forum meeting.

There was also negative feedback from residents with gardens, who said the changes will mean their green waste bins will be over flowing.

For those with a garden there are always garden clearance schemes in London if their outdoor waste is piling high, but many residents still want more regular collection of their garden waste.

Despite the protests from many local residents, supporters of the changes within the council have said they are necessary.

Councillor Brian Salinger has come out in support of the planned changes, saying that the council needs to save money wherever possible.

“The cost for landfill is going through the roof and if we don’t make these changes the impact on council tax levels will be enormous,” he said.

The council has said that it will be doing everything to prepare local residents for the changes, including attending forum meetings and community events.