A government consultation on the disposal of Waste Electronic and Electrical Equipment (WEEE) has been welcomed by the electrical industry.

Due to their potentially hazardous nature, WEEE items are required by law to be disposed of and recycled properly. This follows a European Directive which became UK law in 2007.

The British government is now consulting on changes to the law to improve WEEE collection and disposal, outlining a number of suggestions. 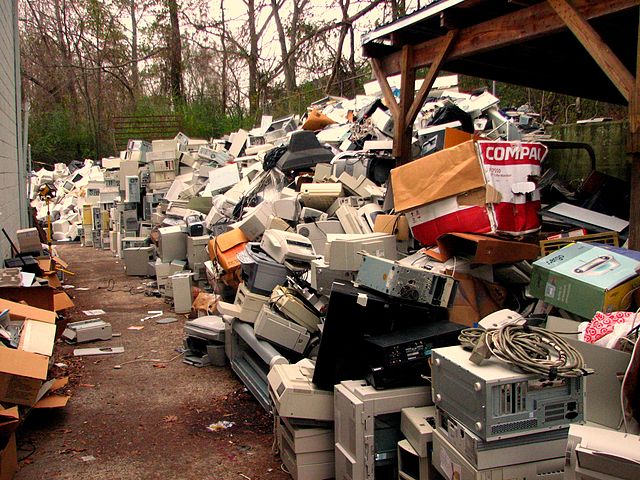 As a nation, we produce enormous amounts of this potentially dangerous rubbish.

A Joint Trade Association (JTA), representing eight of the major trade associations in the electrical industry and a number of WEEE compliance schemes, has welcomed the consultation.

The guarantee of proper collection and treatment

Of the four options outlined by the government, the JTA said it preferred the options that guaranteed the proper collection and treatment of WEEE at local authority sites.

The first option outlined in the government’s consultation is to keep the system currently in place, while the second option is to introduce a National Producer Compliance Scheme to eliminate competition between schemes.

Richard Waterhouse, environment manager at trade association Intellect, has said that guaranteeing proper collection and disposal of WEEE is the top priority for the JTA.

“We favour options four and three because both ensure that 100% of all WEEE deposited at local authority sites will always be collected and properly treated,” he said.

“Even if member state targets are exceeded, producers through their schemes will always accept WEEE made available to them.  That guarantee of 100% collection applies to both hazardous and non-hazardous waste streams,” he added.

The government also favours the third and fourth options, as the guaranteed collection and disposal benefit those local authorities who collect WEEE. They also incentivise recycling and environmentally friendly waste disposal.

Any items affected by WEEE regulations must be disposed of by a licensed waste carrier, or deposited at a licensed waste site. For WEEE items or any other junk removal in London, get in touch with Junkwize to discuss your options.