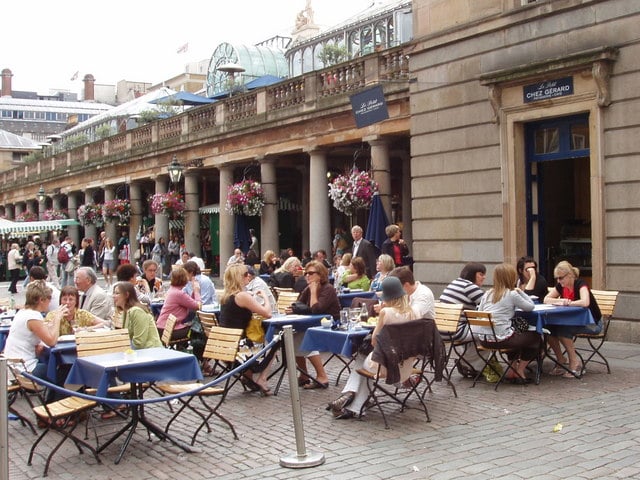 Food waste accounts for nearly 20% of domestic waste in London, according to a Government report, and our work as a rubbish removal company in London leaves us in no doubt that this is the case. The report, published by the London Assembly Environment Committee, highlights the need for local authorities to explore how they can deal with the amount of food that is being thrown away by Londoners such as including a service that is separate from rubbish collection in London.

Entitled, ‘Bag it or bin it? Managing London’s domestic food waste’, the report explores a variety of strategies which might help to make recycling more straightforward and cheaper for residents and local authorities.

Out of the 33 London boroughs, only 23 provides separate food-waste collection services while 16 fail to offer any separate collections for flats. Consequently, half of London’s households have no opportunity to recycle their food-waste.

To address this problem, the Committee recommends that all local authorities implement separate food-waste collection irrespective of property type, as a means of improving London’s recycling performance. Their report also requests that the Mayor lobby the Government for more funds and resources to help support schemes such as the London Waste and Resources Action Programme (WRAP) and Recycle for London.

The report also found that new treatment facilities will be required to accommodate the extra one million tonnes of food and green waste that will need processing over the next five years, due to London’s burgeoning population. As it stands, approximately half of the capital’s food waste is sent to composting and anaerobic digestion facilities outside London.

Chairman of the Environment Committee, Stephen Knight AM, said:

“At 34 per cent, the capital has one of the lowest household recycling rates in England and rates for inner London are even lower, at just 16 per cent. When we take a closer look at how London’s boroughs are performing we are seeing a concerning lack of consistency, with 10 boroughs still not collecting any household food waste at all.

We realise that cost is a major factor when local authorities’ make recycling choices, but separate food waste collection schemes need not be more expensive. Effective food waste collection will reduce the amount of waste generated in the first place, potentially making the service cost-neutral.If London is to maintain its status as the second most sustainable city in the world, we need to be informed about what is available to us, so we can play our part and stop wasting food.”

The committee also reiterated its stance regarding landfill tax powers. Currently, any proceeds raised by tax are not returned to London boroughs. To address this problem, the Assembly believes that separate tax-making powers should be put in place which would allow councils to invest more money in food-waste-recycling and rubbish removal in London.

LAEC also suggests that sending food waste to landfill wastes money and resources and is also impractical as there’s very little landfill capacity left in Greater London such is the extent of rubbish clearance in London. The report closely follows the launch of new recycling body, Resource London, at a recent London Conference in Holborn. It will operate in partnership with both WRAP and LWARB to help support London’s waste authorities.