Clicking Here
Be Junkwize
Home > Blog > How far away are we from a zero waste festival?

How far away are we from a zero waste festival? 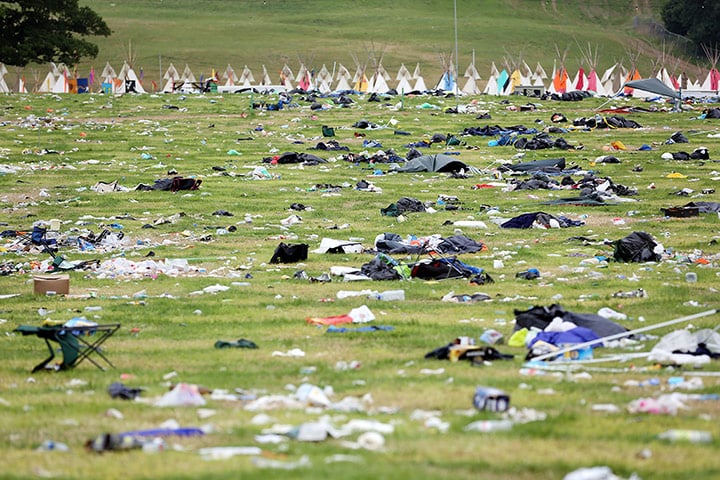 After looking at the UK’s recycling policies last time on the blog, we thought considering we are smack bang in the middle of festival season that today we’d review the rubbish removal and waste policies of UK festivals.

Festival waste. It’s as pervasive as it is inevitable. After days of partying in fields there will always be all kinds of junk – from discarded tents to beer cans, plastic bags and bits of fancy dress – left blowing around like tumbleweed in its aftermath. It’s hardly a surprise that some local communities have come to resent the festivals that come to their town. The noise, the waste, the sheer volume of partiers can not only scar the environment but the time and cost of the clean-up operation can make one question whether it was all worth it to begin with. Fortunately, event organisers as well as festival-goers have, in recent years, woken up to these issues and have begun to do a lot more to reduce the environmental impact.

A zero-waste festival has therefore become something of a holy grail. Burning Man in Nevada has pretty much reached this status in America, and is held up by our festivals as a cornerstone for the ‘no trace’ policy. So how far away is the UK from staking this claim?

Well like I said, rubbish removal efforts have certainly improved in recent years, spurred on by the efforts of worthy organisations like Julie’s Bicycle, who assess the environmental sustainability of the arts and creative industries. These days it is pretty much unheard of for a UK festival not to adopt a green policy.

Glastonbury, for example, which inevitably has the largest clean up job of all, in 2008 launched their campaign ‘Love the Farm, Leave No Trace’. This policy is all-encompassing; from hiring an 800-strong army of cleaners who work for 6 weeks to clean up the farm, to encouraging festival-goers themselves to remove their rubbish with pertinent slogans like ‘A tent is for life not just for a festival’. Another clever idea is the option for people to stay for an extra day of partying if they agree to help with the clean-up operation. A fair trade-off by partier’s standards.

The closest we are getting to a zero-waste festival in this country, however, is Shambala in Northamptonshire (21-24 Aug). Despite receiving a rating of two out of three stars by Julie’s Bicycle in the past, organisers have really upped their efforts in recent years. In 2013 they were 94% powered by renewable energy and initiated a bring-your-own-bottle scheme in a bid to eliminate single-use plastics. This year they are aiming for the coveted 100% mark through a combination of wind, solar, pedal and waste vegetable oil. We sincerely hope they manage it – pats on the back all round if they do!

So while we aren’t quite at the ‘zero trace’ level of Burning Man, zero-waste doesn’t seem to be too far out of our reach. Hopefully next year on the blog we’ll be able to report on the first of the UK’s zero waste festivals…