Be Junkwize
Home > Blog > Gearing up for rubbish from Battersea Homes

Gearing up for rubbish from Battersea Homes 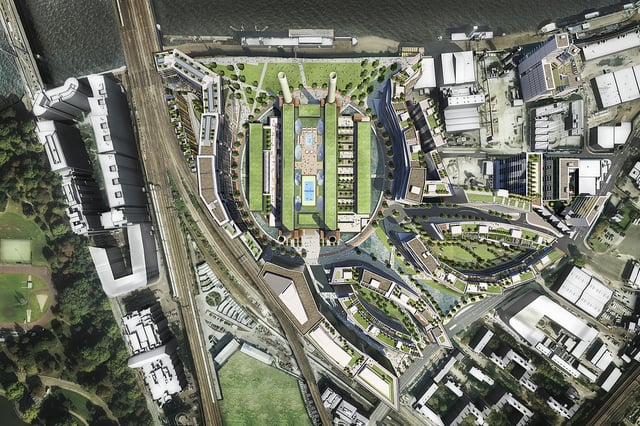 Battersea Power Station is one of London’s most iconic industrial buildings. Built in the 1930s, the old coal-fired power-station sits on the south bank of the River Thames and was at one-time, London’s most important electricity supplier. Sadly, rising operating costs lead to its closure in the 1970s and the gigantic, Art Deco building fell into disrepair. Despite, its fall from grace, the National Heritage recognised its architectural importance and assigned it a Grade II status.

What followed was an endless set of proposals on how to redevelop the site. Some wanted to demolish it, others wanted to preserve it. In 2012, however, Malaysian consortium SP Setia and Sime Darby entered into an exclusive agreement with Ernst & Young, NAMA and LloydsTSB to purchase the site and turn it into housing. Their development plans will result in the creation of over 850 apartments situated in and around the power station building.

With the first phase set to be completed in 2016, the Battersea area can expect an influx of new residents. This represents a significant challenge to local transport links as well as waste-collection services. The population spike will require efficient rubbish collection services in order to deal with the increased waste that is going to be generated.

To address this issue, the Borough of Wandsworth will have to increase collection rates in order to keep the site clear of rubbish. Its prominent position on the river will also require that waste is removed efficiently and regularly so that this brand-new development retains its aesthetic qualities. To achieve these goals, much can be learnt from the Royal Borough of Kensington and Chelsea as well as other services specialising in rubbish clearance in London.

RBKC has also experienced a major increase in its population over the past decade – it is in fact one of the most densely populated areas in London. To address the growing need for efficient refuse collection, the RBKC can boast an extensive range of recycling services and provides sack collections up to three times a day, seven days a week. Local residents also make use of the London’s rubbish dumps, many of which are just a short drive away.

In order to aid the Battersea development’s waste-storage, Wandsworth Borough are going to have to provide numerous storage items such as wheeled bins, general waste bins and orange recycling bins in their hundreds. But as the RBKC have shown, provided these items are delivered in sufficient numbers and form part of an integrated and organised collection service, waste accumulation can be kept at an acceptable level.

To deal with other types of refuse, boroughs such as Kensington and Chelsea also employ private waste collection companies like us to deal with other kinds of waste. Not only do we relieve the burden placed on borough councils, but we also provide a quick, efficient service that covers garden waste collection and house clearances. For rubbish collection in London, we also provide skip services, so that any waste is stored safely and properly. We specialise in both commercial and residential rubbish removal in London and are one of the most cost-effective refuse collection companies in the capital.

[Picture from EG Focus and used via Attribution 2.0 Generic (CC BY 2.0) licence]