We were really happy to see that nearly £200,000 is to be given to recycling institutions in London with the aim of drastically increasing the amount of textiles that are being recycled. In our opinion, which is based on our extensive experience serving clients on a corporate and domestic level, investment in this area is long overdue.

Fast fashion over the last decade has reached such an extent that entire clothing ranges in stores can change in under a month. This has created an insatiable desire for many of us (particularly those in their teens) to have the very latest styles and trends. This, unsurprisingly, has led to an increase in the amount of clothing just being thrown away, so it’s great to see that something is finally being done about it. This way rubbish removal services can become more tailored to textiles.

This investment is being made by the London Waste and Recycling Board and they say that new kerbside collection services will be implemented specifically for this type of rubbish. Something that also caught our attention was their aim of promoting carpet recycling at local rubbish dumps. We commend this action because we have recently been removing lots of carpeting for homeowners keen to have natural bare wood floors. 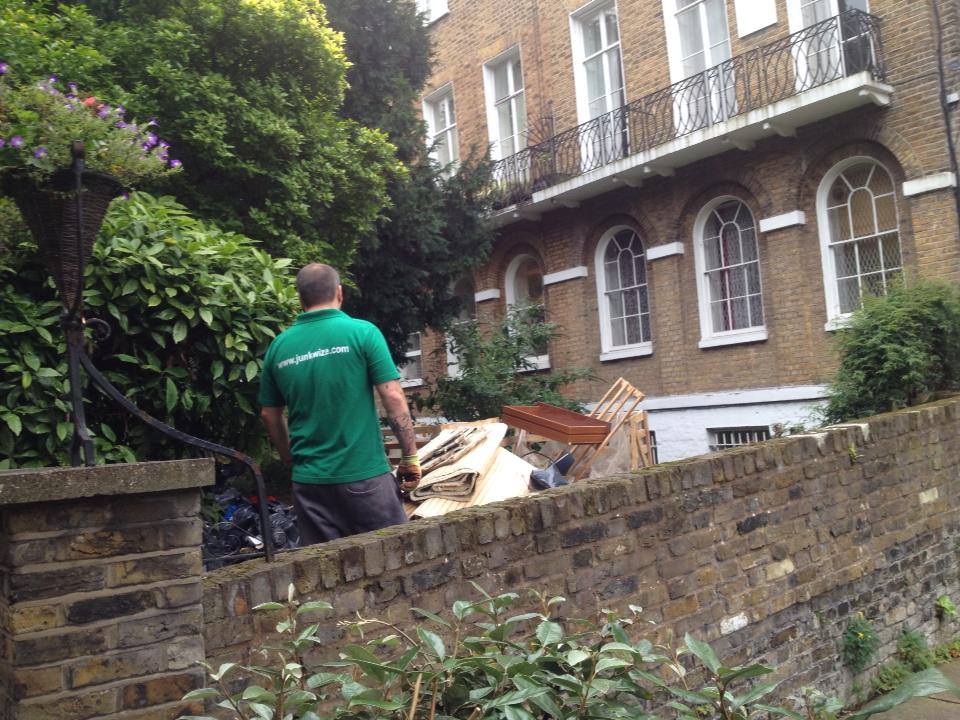 If this money does fulfil its aims then it goes without saying that the amount going to landfill will drop. With regards to textiles it’s crucial that reuse is valued over recycling, though. All across London, from Lambeth to Ladbroke Grove, Wandsworth to Woolwich, our drivers see charity shops advertising for donations. If there is nothing intrinsically wrong with what you don’t want then please do at least go and ask these charities whether they would like your old clothing, rugs or any other textiles that you have.

In other news, we learnt that as scrap metal values have increased in the London over the last 10 years, the number of people setting fire to vehicles has dropped by c.90%. In Kensington and Chelsea the figure is even greater. The logic is that as there is now a decent incentive to get rid of old cars, people are not just leaving them to rust in peace on the street. As such, obviously abandoned cars – that are always targets for this kind of arson – are becoming a rarer sight. Having discussed this in the JunkWize office, we’d also add to that explanation and say that increased parking fines and a generally stronger state force on the street (Policemen, Community Support Officers, Traffic Wardens, CCTV etc.) also help explain this drop in vehicle arson.

What’s great about this is that it further confirms what our team have always said: that incentivising recycling is the only way to get really fantastic results. Money really does seem to be the best way encourage the right sort of behaviour when it comes to dealing with waste. This isn’t the elegant solution to our rubbish problems that many idealists hope for. They like to think that merely a heightened environmental awareness can alone change negative old behaviour, but yet again it seems as if hard cash is the most important factor. That’s why we charge such low prices for our rubbish removal service (which start from just £35).

As we just care about making London as junk free as possible, we don’t mind how increased recycling rates come about; we just care that they come about in the first place!