Last month we spoke about the probable 5p tax on plastic bags in England, but since then further developments have occurred that we feel compelled to tell you about. Just to recap, it is thought that this measure will help reduce the environmental damage caused by discarded plastic bags. When we are travelling through places like Wandsworth it is clear that the plastic bag problem is serious as the urban rivers present there are stuffed with synthetic bags, so something needs to be done.

Ireland was the first to introduce the 5p tax back in 2002 which resulted in a 90% reduction in use of plastic bags. Northern Ireland have already successfully implemented this levy, reducing the amount of carrier bags people use by 80%. Wales started taxing plastic bags in 2011 and has also seen great results with shops giving away 95% fewer bags in their supermarkets. Wales’ plastic bag levy which is set at 5p donates that money toward positive environmental causes. Scotland is also due to introduce the 5p tax in 2014.

The plastic bag levy was announced in September this year, stating that this new tax will be implemented in England in 2015 among retailers with more than 250 employers. Those with less will be exempt from the scheme. Biodegradable plastic bags may also be exempt as it’s believed that this will encourage people to use them.

We must reduce the amount of plastic bags we use.

However impressive the results from Ireland, Northern Ireland and Wales are, the plastic bag levy is being placed under scrutiny in England. A political inquiry has begun which will be looking into the sustainability of the measures that will supposedly reduce the demand for plastic shopping bags. The reasons for the inquiry have been made clear by the chief executive of the Chartered Institution for Wastes Management (CIWM), Steve Lee.

He stated that ‘while we believe that a charge is necessary and that England was at risk of being left behind by not introducing a legislative requirement, this is not a simple issue. The parameters of the legislation must be carefully thought through to ensure that the measure delivers genuine environmental gains and the question of biodegradable bags is a particularly challenging issue. CIWM welcomes the research that Defra (Department for Environment, Food and Rural Affairs) is proposing to fund and we would like to see rigorous material standards and effective sorting solutions to allow this important technology to play its part in reducing the impact of carrier bag litter on the land and marine environments.’ 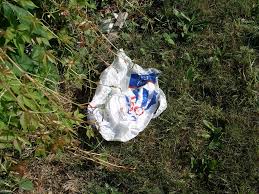 We use them for moments but they last for years.

15 MP’s from The Environmental Audit Committee will be examining the relative advantages and disadvantages of the proposed levy. These issues include the impact on health and hygiene; the exclusion of retailers with less than 250 employers; the peaks and troughs other countries have faced after implementing the tax; the environmental implications by a possible increased use of bags-for-life; the environmental implications of the change in the number of bags that will be discarded; the impact of an increased use in biodegradable bags; the impact on plastic recycling in general.

Richard Benyon a Conservative Environment Minister, addressed the main concern the public have with measures like these; cost. Mr Benyon spoke to MP’s, telling them that they should ‘recognise the pressures on household budgets at this time; levying even a small charge may not be the best option.’

But the issues don’t only reside in England. Although Wales has shown impressive results with their charge, dissent simmers in some circles regarding the extension of this charge. This is because certain Welsh ministers are now looking to extend the 5p tax to bags-for-life (this is an issue The Environment Audit Committee will be reviewing on December 18th). The announcement has caused backlash from retailers which have described this move as ‘perverse’. The Welsh Retailer Consortium (WRC) also described the situation as wrongful, stating that customers should not be penalised.