Rubbish removal through the ages in London

This week we’ll have a look at how London, in its various incarnations, has dealt with rubbish removal and the quality of urban living. It’s not surprising that as the population has risen over the centuries, so too has the problem of keeping the city clean.

Let’s now take a moment to time-travel to medieval London, when the city’s population first began to boom. We would find ourselves in a city with no rubbish removal systems in place, where all manner of waste was thrown directly into the streets. The squalor would have been unbearable for anyone used to modern standards of hygiene. The ground would have been covered in human and animal excrement as well as rotting food and animal entrails – apologies for putting that pretty picture into your mind! To make matters worse, there weren’t even pavements to avoid treading in the waste. 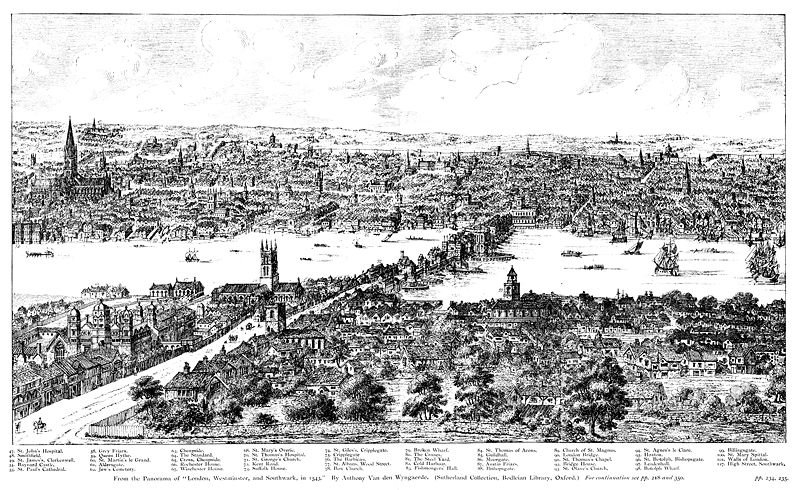 It wasn’t until 1297 before London’s first law relating to waste removal was introduced; the act required householders to clear any refuse from the front of their house. However, legislators failed to take any real action and without an organised rubbish removal service in place the law was for the most part ignored. However, this ignorant attitude would have a devastating effect on the people of London in 1348. This was the year the Black Death struck, killing half of the population, and the ease with which it spread was a direct consequence of the capital’s filthy living conditions.

By 1354, London had started to employ muck-rakers, whose unenviable task was to rake roadside waste into piles which were loaded onto carts to be taken away. If the squalid working conditions weren’t an issue for you, you could actually make quite a handsome living out of muck-raking – the pay was much higher than the average working man would expect.

By the late medieval period, hefty fines were imposed on citizens who dumped waste in the streets or the Thames. One famous culprit was Shakespeare’s father who was fined a shilling by Stratford-upon-Avon council for building a sewage pit outside his neighbour’s house! Despite the monetary fines, these attempts remained relatively futile and for three centuries London suffered with the plague until 1665.

It wasn’t until the dawn of the Industrial Revolution, in the latter half of the 18th century, before the first solid waste management systems were introduced. The earliest examples came in the form of ‘dust yards’, independent factories which turned residual waste into coal ash (known as dust) which could be used as a product for making bricks and improving soil.

As the city of London became increasingly aware of the links between health and sanitation, government decided to take affirmative action. From the 1850s onwards, huge sewers were constructed beneath London. This was partly a response to ‘The Great Stink’ of 1858, when the stench of faeces became the norm in centre of the city. In 1875, Parliament passed the Public Health Act which meant that local authorities were now in charge of the removal and disposal of waste – something which still applies to councils today. This act also introduced the idea of the modern dustbin, as householders were required to keep their waste in a ‘moveable receptacle’.

The 20th century hailed many technological enhancements for London’s waste removal. Horses and carts, which had originally been used to collect rubbish, were upgraded to mechanised trucks with hydraulic compactors. By mid-century the approach to personal waste had changed due to Keep Britain Tidy, originally a campaign formed by The National Federation of Women’s Institutes. Now people were more willing to ‘do their bit’.

That brings us back to today, and although we have come on a long way there are still worrying concerns about fly-tipping and the amount of rubbish in the Thames. They say history is a great teacher, so we each have a responsibility to learn from the past. Well, at least we can be thankful today’s living conditions are no longer life-threatening!