As rubbish removal specialists, we aren’t averse to a little rubbish rummaging, especially when it comes down to sorting waste from recyclables, but one man has taken rifling through rubbish to a whole new level. Artist Joshua Sofaer has developed the concept of an exhibition which focuses on acknowledging what we waste, he explains that he was “interested in the process of how something that was worth nothing becomes worth something because of the context of a museum… these issues of money and value and status… the common-sense assumption about what something is worth that is thrown away, and the status the museum or the gallery accords to those kinds of objects.” Overall, he has taken our perception of rubbish and turned it on its head, showing that not everything that gets thrown away is actually waste – and that’s purely down to our own carelessness! 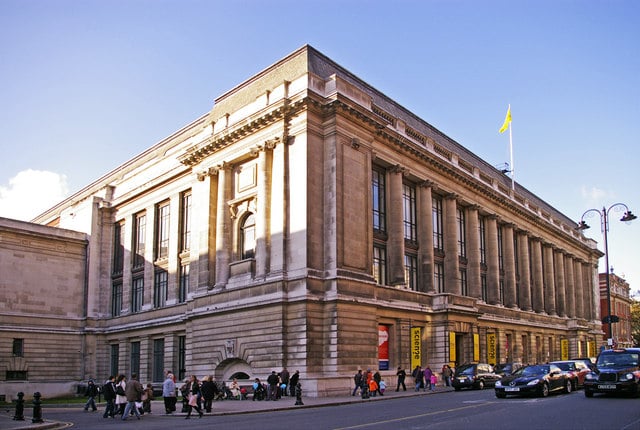 Sofaer hopes that in taking part in The Rubbish Collection, visitors will be exposed to and shocked by the true extent of rubbish discarded daily. He also admits that in researching and carrying out this project, he was himself shocked by the sheer volume of waste collected at waste management facilities and recycling plants and the disgusting condition in which much recycling is left by the public. In fact, the artist states “For me, personally, it’s kind of really transformed how I deal with my rubbish. I find it very very difficult now to just throw stuff away. A little bit too much I would say… I really religiously wash my rubbish before I put it in the recycling. I’ve been to the recycling plants, I see the problems they have, and I know what good rubbish should look like. So there is not even a trace of tinned tomato on my tinned tomato tins once I throw them out! Maybe I take it a little bit too far.”

Whilst it may not be everyone’s idea of fun to rummage through someone else’s rubbish (think of all the nasty things you could find!) it’s certainly an eye-opener. The sheer volume and scope of waste created every day is astounding, even imagining how much rubbish must be jettisoned each day in London alone is mind-boggling. The art installation inspired both curiosity and repulsion, but left all with a lasting whiff of bin-juice in their noses, and it’s this unpleasantness which we as the general public can usually avoid, yet it all goes somewhere and somebody has to deal with it. As the artist suggests, it’s all very well considering waste an artwork once it’s installed in a gallery space, but on a day-to-day basis, it’s someone’s job to deal with it. Of all the rubbish we produce each day, It’s certainly got us to thinking that we all waste far too much. It seems that we should take that extra second before putting something in the bin, to assess its waste status – we’ll certainly be reconsidering our rubbish and like Joshua Sofaer, meticulously washing our recycling from now on, we hope you will be too!

Full story at the New Statesman, ‘Leather shoes, a bag of drugs and £5.08: the untold stories behind what we bin’